The “Biggest Little City in the World,” Reno was already a mature gambling destination when Las Vegas was cutting its teeth. Founded in the mid19th century as a crossroads settlement during the Comstock Lode silver- and gold-mining rush and construction of the transcontinental railroad, early Reno boomed as a divorce and, later, wedding capital well ahead of Las Vegas. By the 1930s, the back-room gambling dens that initially served transient miners had turned mainstream and legal, adding respectability to Reno at about the time that mobsters were developing Las Vegas as their own boomtown on Nevada’s southeastern frontier.

Reno’s city fathers have since been careful to preserve its quality of life and areas of old-world charm, avoiding the wilder excesses of Vegas. Sure, Reno’s answer to The Strip, Virginia Street, is a sparkling river of neon at night, lined with casinos, and the city has plenty of lounge bars and cabaret shows. But, where Las Vegas is nothing if not over the top, Reno manages to remain endearing.

The downtown Riverwalk is a setting for arts and music festivals. Rent a bicycle and follow the Truckee River Bike Path or explore Newland Heights, where the millionaires of the great mining boom built gracious mansions. There are even hiking trails within the city limits. And, while culture vultures might feel starved in Las Vegas, Reno has a fistful of cultural venues and events, as well as world-class museums.

National Automobile Museum Set in a stunning Modernist glass building are over 200 of the world’s rarest vehicles. “Cars of the stars” include James Dean’s 1949 Mercury, and Elvis’s 1973 Cadillac Eldorado.

Truckee River Arts District The Riverwalk is lined with galleries, boutiques, and bistros. Visitors can take to the water at Truckee River Whitewater Park.

Nevada Museum of Art This black-clad, angular structure holds an impressive collection of works depicting nature and the desert environment.

Fleischmann Planetarium and Science Center Northern Nevada’s crystal-clear night skies are perfect for stargazing. The planetarium’s SkyDome has dazzling movies and 3D shows to inspire you.

The most flamboyant city street in the world, Las Vegas’s 5-mile (8-km) “Strip” is a dazzling, non-stop extravaganza of casinos and hotels with fantastic themes and flamboyant, round-the-clock entertainment, offering something for every taste and age.

The glare of neon and the incessant tinkling of slot machines can get very wearing. Strip clubs and illegal prostitution further tarnish the sheen, as do horrendous traffic, gamblers committing financial suicide, and losers seeking an instant divorce.

Visiting Vegas without gambling is like touring France without tasting the wine. But establish in advance the amount of money you’re prepared to lose. When it’s gone, walk away. And the gorgeous stranger

you meet is almost certainly interested in one thing – your money. Whatever you do, say sober. Las Vegas is mercenary and it’s shockingly easy to marry on the spur of the moment.

If all that’s not enough to give this desert city the edge over its rival, it’s surrounded by a sparkling wonderland of mountains and lakes. In winter, the snow-capped peaks glisten invitingly – skiing at nearby Lake Tahoe is barely a 45-minute drive away. 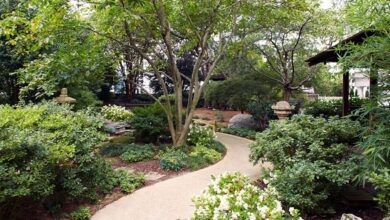 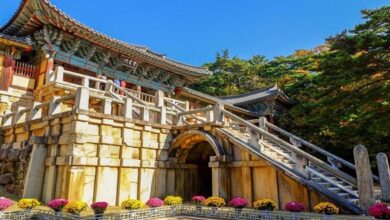 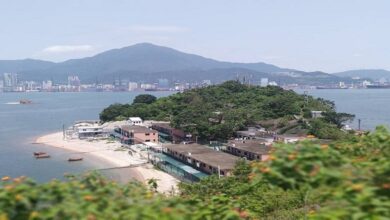